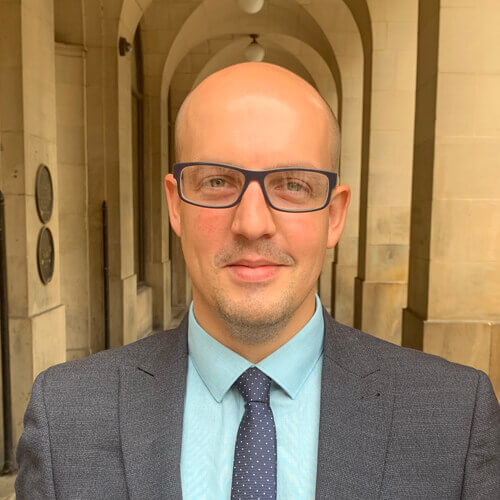 Sam is a solicitor in our Residential Conveyancing Department. He has been a qualified solicitor for the last seven years, Sam is originally from Beverley, East Yorkshire and attended Leeds Metropolitan University (now Leeds Beckett University) where he earned his LLB Hons. Outside of work Sam enjoys all things outdoors. He is an avid sports fan; rugby league, rugby union and football (the mighty Leeds United!). Sam also has some impressive accomplishments; notably, he’s run the London marathon and completed a trek to Everest Base Camp. Professionally? He is proud to be following in his father’s footsteps who is also a solicitor.