A case decided at the Court of Appeal found that in a case of professional negligence..Law firm Gotelee and Goldsmith had been taken to the Court of Appeal by former clients over the fallout from its handling of a property purchase.  The buyers had purchased a rural property in Suffolk in 2007 for £600,000 with the intention of conducting works.  But within a year it emerged that planning consent from 1974 had placed a restriction dictating that the building could be used only for residential purposes in conjunction with the occupation and ownership of another nearby site, which had been sold off independently some years earlier.When made aware of the restriction, the buyers had applied for it to be lifted, and, having paid a £250 application fee, were granted approval in 2009.  But in the meantime the buyers had also issued a claim form in the Chancery Division, asserting that the property’s value with the restriction was no more than £300,000.Gotelee and Goldsmith said the claimants had already got what they wanted through the lifting of the restriction, and to award any more would be to overcompensate them.  Lord Justice Davis agreed there were no grounds in the appeal to overturn the trial judge’s ruling, saying there was nothing remaining that required compensation.In any professional negligence claim it is important to ensure the case fulfils the necessary criteria, in that the negligent party owed a duty of care, that duty of care had been breached, ‘but for’ that breach the innocent party would not have suffered a loss, and ultimately a loss.  This case demonstrates the necessity for all of the criteria to be met.  It also again serves to reminds parties of the commerciality of litigation.  If you have incurred no loss what are you claiming for?

In Bacciottini & Anor v Gotelee and Goldsmith, the Court of Appeal today agreed to restrict damages to £250 after finding property purchasers had ultimately suffered no loss by rectifying the mistake before litigation had taken place. At trial the judge awarded damages of just £250, to cover the cost of the application to the local authority, but nothing more. As the firm’s lawyers had conceded, news about the restriction must have been a ‘tremendous shock’, but ultimately this was a case of ‘all’s well that ends well’ and there was no occasion for pursuing a claim. Davis added: ‘By reason of the subsequent removal of the restriction the appellants have suffered no loss and there is nothing in respect of which they require to be compensated. That is the nub of it.’ 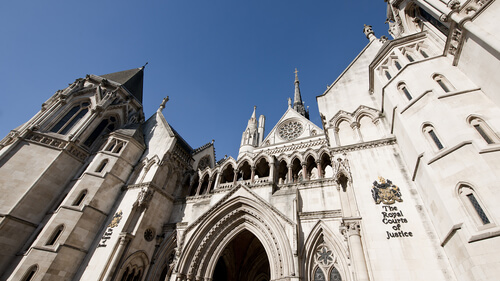