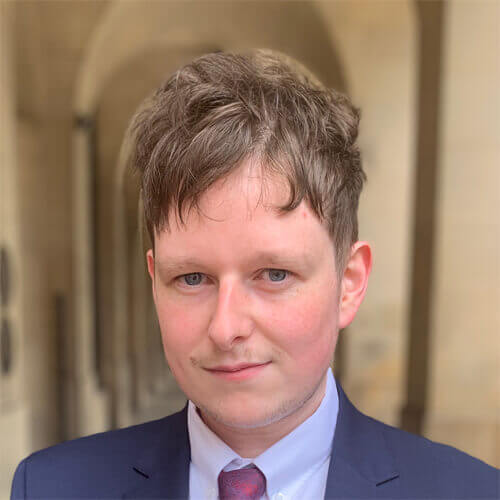 Nick is a qualified solicitor specialising in costs, commercial litigation, and advocacy.

Having completed his Law Degree (LL.B (Hons)) in 2013, Nick joined Glaisyers in April 2014. Nick completed his Legal Practice Course (LPC), Master’s Degree in Professional Legal Practice (LL.M), and Training Contract concurrently, before being admitted to the role of solicitors of England and Wales in 2022.

Whilst Nick works alongside in-house professionals on a wide range of matters with a commercial focus, he predominantly works with external firms of solicitors and insurers in an advisory capacity.

Nick has a solid foundation and understanding of various areas of civil practice, has a keen eye for detail, and regularly appears as an advocate on behalf of clients in courts. Nick prides himself on timely and accurate advice, delivered in simple terms.

Outside of work, Nick is an avid motorcyclist and supporter of St Helens Rugby League club.